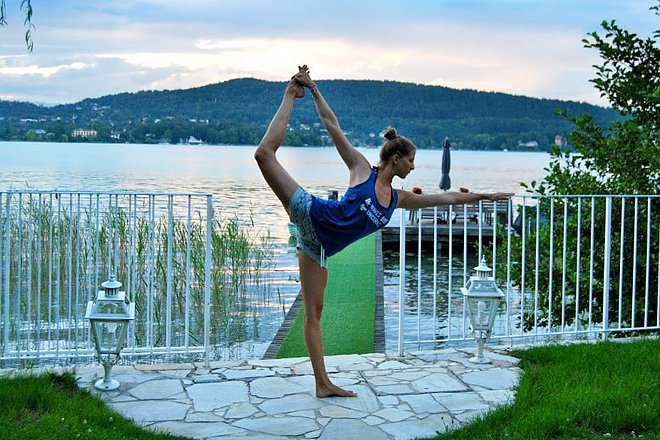 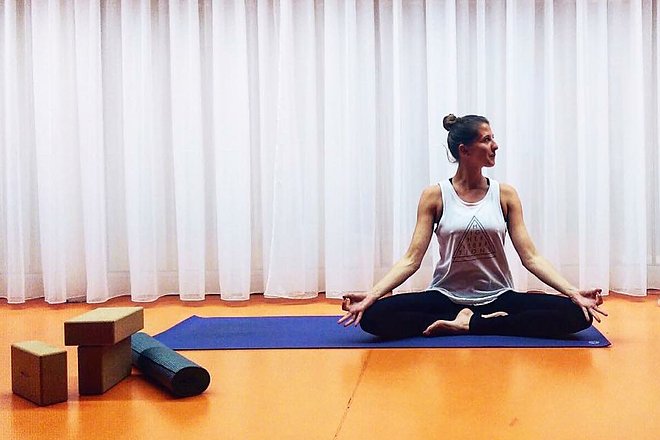 Valentina, our yoga instructor at the Yoga - Days, is an incredibly positive spirit, with an aura exuding vibes of mindfulness and openness. Yoga has become an integral part of her life, helping her dealing with everyday obstacles and difficulties.

After several years of an intensive work life and triggered by a new and challenging situation in her life, Valentina first tried yoga. It helped her to gain more confidence, strength and courage to follow her path just as much as her dreams. Guided by a private yoga instructor and hours of self-practice, she gained her first experiences in yoga complemented by following the aryuvedic therapy. She then completed her first 200h Teachers' Training at the Sivananda Yoga Center in Tyrol, Austria. During the course of the past six years Valentina developed and expanded her profound knowledge of Yoga. She participated in several courses led by experts like Meghan Currie, Cameron Shayne, Daniel Scott, Michael Hamilton, which helped her to further develop her personal style of yoga. Known for her passion for dancing, she was the developer and promoter of the first Disco Yoga sessions in her hometown Klagenfurt. Most recently, Valentina has just successfully completed her pregnancy yoga certification, allowing her to teach the mother to be.

During her Wake Up Yoga Sessions at the LQM Yoga - Days, Valentina will focus on strength, flexibility, balance and concentration. With a solid based on the traditional practice of Hatha Yoga, Valentina combines Asthanga Yoga, Vinyasa Yoga and Yin Yoga, resulting in a style that inspires love, openness and serenity. Joyful, energetic and full of harmony Yoga days are waiting for you!

20.06.2016, posted by LQM, in Campnews
Top
We are using cookies to ensure that we give you the best experience on our website. If you continue we assume that you consent to receive all cookies on all liquid-moutains.com websites. Privacy Policy Deactivate Google Analytics