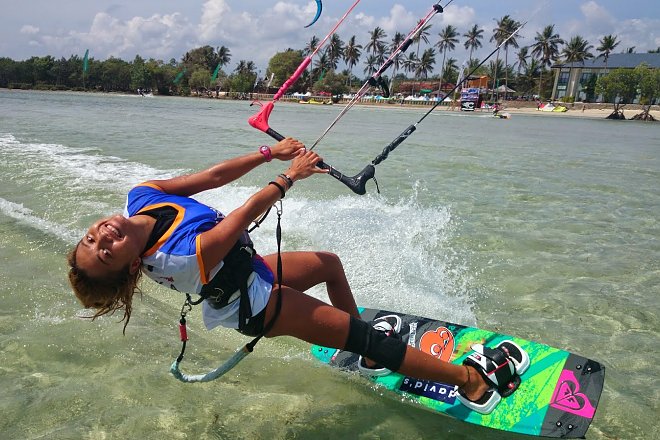 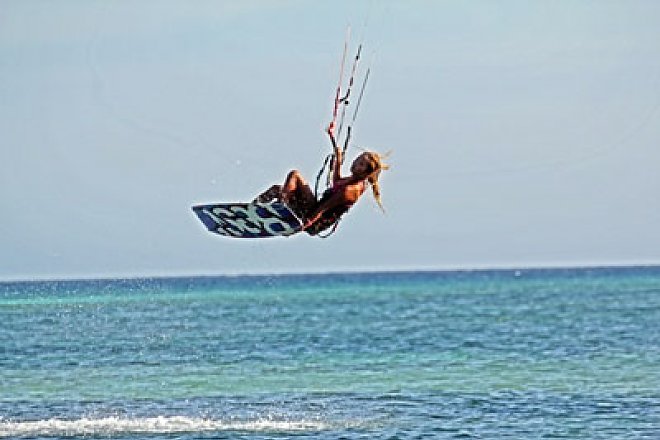 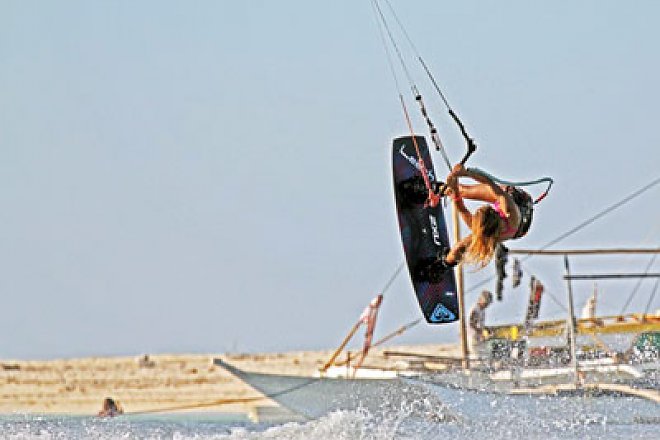 Paula Rosales is considered one of the top female freestyle kiteboarders in Asia after only learning her craft nearly five years ago.

Her journey has led her to several top finishes in the region including 2nd place at the KTA Asian Freestyle Championships in 2012/2013 and recently being crowned the 2014 Philippine Women’s Freestyle Champion. She has been invited to several top tier competitions including the “Wind or no Wind Board Jam” at the Camarines Sur Watersports Complex in Pili, Philippines and the “Triple S Invitational” in North Carolina, USA where she competes with the world’s best riders in the Slick, Surf, & Slide divisions.

Paula has been given the opportunity to ride alongside the best kiteboarders in the world including Gisela Pulido, Susi Mai, & Ruben Lenten. Her travels have led her to train in many countries including Greece, France, USA, Thailand, Indonesia & more.

On top of her training/competition schedule, she finds time to empower the local youth in Boracay, Aklan by hosting the “Girl On Fire” kiteboarding camp – which is designed to build camaraderie amongst budding Filipina kiteboarders and empower them through the sport.

If the wind forecast is good the guests might even get the chance to watch some kite action with Paula and her boyfriend Pierre Vogel, also a Pro Kiteboarder who will be on site to help and take Photos and Videos during the week.

Paula is excited to meet the LIQUID MOUNTAINS guests from 10th- 17th July and looking forward to experience the intercultural week and its special designed program with them together!

02.04.2015, posted by LQM, in Events
Top
We are using cookies to ensure that we give you the best experience on our website. If you continue we assume that you consent to receive all cookies on all liquid-moutains.com websites. Privacy Policy Deactivate Google Analytics